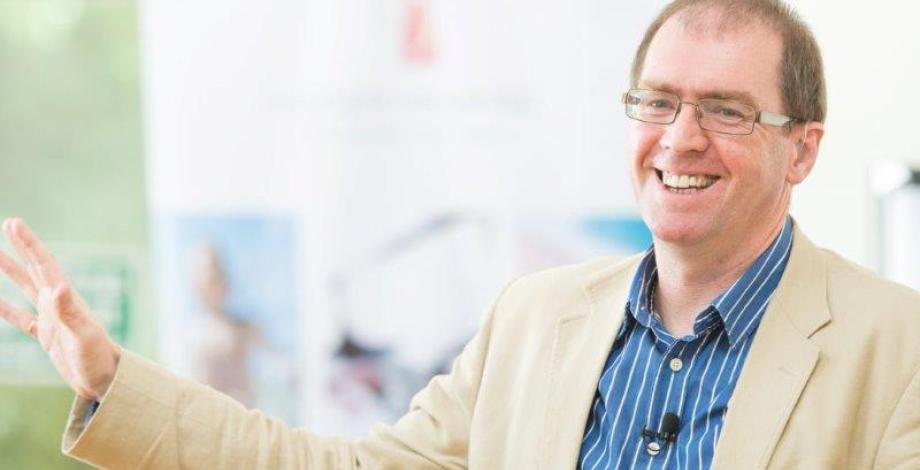 Born in Huddersfield in 1964, Paul has been profoundly deaf all his life yet pursued a career as a Musician. A Pianist and Organist, he has a music degree from Wadham College, Oxford, a postgraduate performance diploma from the RNCM and holds ALCM and ARCO diplomas.

In 1988 he founded "Music and the Deaf", a charity to help deaf people enjoy music, which he ran for 27 years. In 1992, Paul began giving signed theatre performances, working on shows such as Les Miserables, Cats, Phantom Of The Opera, West Side Story, Carousel, My Fair Lady, and many more. He has also signed for The Sixteen Choir, Rambert Dance Company, Opera North, and at the Edinburgh International and Aldeburgh Festivals.

In 2007, he was awarded an OBE for Services to Music and also holds Honorary degrees from the University of Huddersfield and the Open University.

In 2010, he gave the first ever signed BBC Prom - Sondheim at 80 - in the presence of Stephen Sondheim and with performers such as Judi Dench, Bryn Terfel, Simon Russell Beale and Maria Friedman.

For the past 5 years, Paul has been working with the Mahler Chamber Orchestra on their "Feel The Music" project, visiting 13 different coutntries around the world.

Since May 2015 he has been working independently as a Motivational Speaker, and continuing to share his passion for music and encouraging people to achieve their potential.

Paul is passionate about signed song and in 2017, he set up SiBSL - Songs in British Sign Language - a website dedicated to raising standards and awareness of the art form. In addition, Paul adjudicates signed song classes at musical festivals around the UK and at the National Signing Choir Competition. He also runs 4 signing choirs in the North of England.

He is in great demand as a speaker at conferences and events, so if you're interested in working with Paul, you can contact him by clicking here.